Information
On February 1, 2018, the 6-inch silicon carbide device production line in Beijing's high-precision project was successfully completed at Beijing Century Co., Ltd. This is an international-level industrialized production line. The completion of this production line is the first time that China's silicon carbide industry chain has been connected, and the industry chain has achieved independent controllability.
Relevant leaders of the Electronics and Information Department of the Ministry of Industry and Information Technology, the Beijing Municipal Development and Reform Commission, the Beijing Economic and Information Commission, the Beijing Economic and Technological Development Zone, the Integrated Circuit Industry Investment Fund, user units such as aerospace and BAIC new energy, and Nearly 100 units including the scientific and technological circles, financial circles and industry associations attended the event. Manufacturing is the main body of the national economy, the foundation of a nation, a tool for rejuvenating the country, and a foundation for strengthening the country. Since the 18th National Congress of the Communist Party of China, through in-depth implementation of the innovation-driven development strategy, we have planted fertile soil for social innovation. With the support of the "Nuclear High-Based" major science and technology project, with the support of Beijing's high-tech industry policy, we have been working in Beijing's economy and technology. Under the care of the development zone, with the guidance and support of the integrated circuit industry investment fund, the "Century Golden Light" scientific research team continued to innovate and broke through many core technologies.
The successful on-line production confirms the effect of supporting the development of strategic emerging industries. It is a solid step in China's integrated circuit industry innovation, localization and independent controllable road. It is also Beijing's active promotion of the implementation of a manufacturing power. Strategy to support the development of the top ten high-tech industries to achieve significant results.
With its inherent high-frequency, high-power, high-temperature and anti-harmful environment application potential, silicon carbide devices have a wide range of applications in aerospace, new energy vehicles, rail transit, high-voltage power transmission and distribution, and distributed energy. Relatively occupied industrial highlands. In the future, "Century Golden Light" will continue to develop horizontally and deeply in the field of silicon carbide and gallium nitride, use the "nail spirit" to target an industry unwaveringly, seize the great development opportunities of the industry, and quickly expand and strengthen; Competitive research and development innovation system and talent echelon construction, accelerate the industrial transformation of scientific and technological achievements, incubate tens of billions of enterprises, and form 100 billion industrial clusters; while maintaining its own sustained and rapid development, it will assume more social responsibilities. Century Cotai Semiconductor 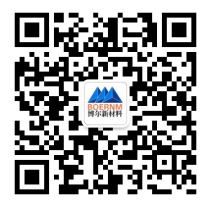